No obstacle too great for surgeon

No obstacle too great for surgeon 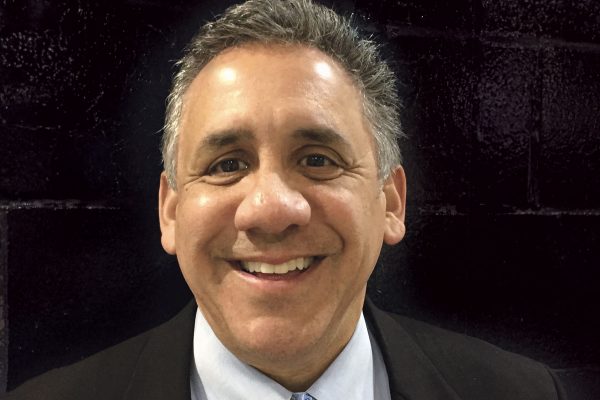 Ramos left Centerville, Iowa, for Cornell’s campus when he was 17. He dove into campus life and played on Cornell’s basketball team. Ramos felt the mentorship he received from chemistry professors William Deskin, Addison Ault, and Truman Jordan prepped him and instilled self-confidence in his abilities.

“The professors believed in me and made me feel important and that they were committed to my education and overall well-being,” he said. “They were particularly gifted educators and wonderful human beings that I really respected.”

Ramos earned his medical degree from Creighton University, completed his post-doctoral research fellowship at MIT, then finished his plastic surgery residency at Harvard Medical School. Then Ramos became an assistant professor at Stanford School of Medicine and Stanford Medical Center. During that time he and a colleague earned a Guinness World Record for removing a 306-pound tumor.

“I realized that after nine years of residency averaging 120 hours a week no obstacle remaining in life would be too great to overcome.”

Since 2000 Ramos has operated a plastic surgery practice in Omaha, where he works alongside his wife Tammy who practices vascular surgery.

“There’s a misconception that plastic surgery is all cosmetic surgery,” Ramos said. “It also deals with reconstruction. Plastic surgery allows me to operate on areas from head to toe, young and old, male and female, and provides me with the opportunity to be creative and a problem-solver with difficult cases.”

As a surgeon he has to figure out how to put the body back together, and that challenge requires intensive training and creative thinking, which is where his liberal arts education at Cornell comes in.

“I’m an absolute believer in the liberal arts; it was the greatest education I could ever wish for,” Ramos said. “I think it is important that we don’t become too technical or mechanical and ignore the liberal arts education of the people who, ultimately, do have specialized careers, because the perspective that it gives is so very valuable.”

His education and experience led to involvement nationally with the NCAA, for which he serves as chair of the Committee on Competitive Safeguards and Medical Aspects of Sports (overseeing the health, well-being, and safety of the nearly 500,000 NCAA student-athletes) and member of the Concussion Advisory Group.

Ramos says there may be many with greater abilities, but not necessarily as much passion.  “Cornell brought me along, and I’m proud to serve as an inspiration so people will know, ‘if he can do it, I can do it.’”