Lowell Lange ’50, considered the undisputed star of Cornell’s storied 1947 national championship wrestling team and one of the greatest wrestlers of his era, died at age 90 on Nov. 19, 2018. 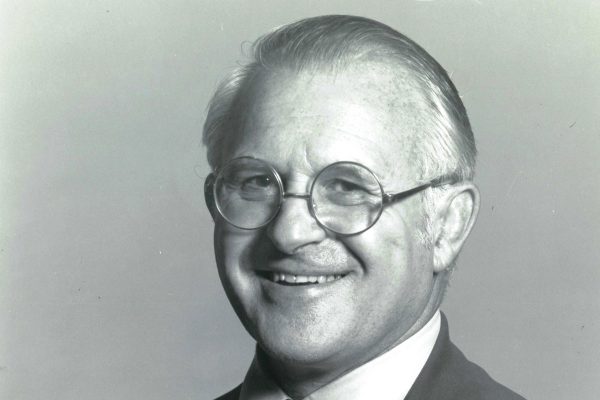 Lange was a three-time NCAA and AAU (American Athletic Union) wrestling champion and coached wrestling at Georgia Tech for over 30 years.

Lange won his first National AAU title while still at Waterloo West High School in Waterloo, Iowa. For three of the next four years, he reigned over the nation’s lightweight wrestlers. He claimed three individual NCAA titles at 136 pounds in 1947, 1949, and 1950, along with individual national AAU titles those years. Had he not suffered severe injuries in a car accident as a sophomore in the Olympic year of 1948, Lange likely would have become college wrestling’s first four-time champion, as well as an international medalist. Returning from injury as a junior, Lange swept through the 1949 collegiate tournament without surrendering a single point, perhaps the only wrestler to do so since scoring rules were adopted.

Following graduation Lange led Cornell’s wrestling program as head coach for one year. After serving in the military and helping on the family farm, Lange moved to Georgia. He obtained his master’s degree in educational administration from Atlanta University and served as the wrestling coach at Georgia Tech from 1964–1996.

A distinguished member of the National Wrestling Hall of Fame, Lange lived in Canton, Georgia, for the past 20 years with his youngest daughter and family. He is survived by three daughters, three granddaughters, brother Kent Lange ’50, and sister-in-law Carol Petersen Lange ’51.