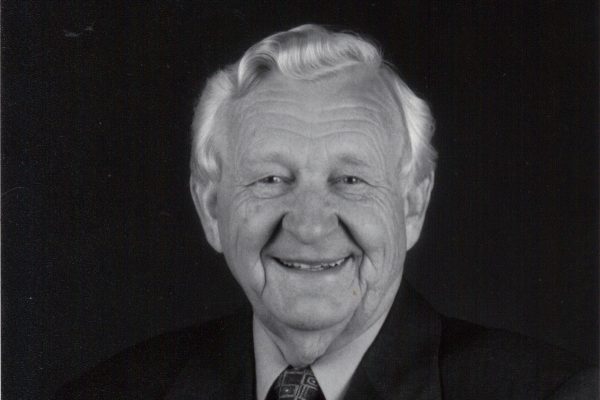 Thayer attended Cornell College for one year and then served in the U.S. Army, assigned to the dental department of a hospital where he developed an interest in dentistry. After completing his Cornell degree, he earned his D.D.S. and M.S. degrees at the University of Iowa College of Dentistry. He subsequently served on the dental faculty for 37 years and was head of prosthodontics for 20 years.

He taught on a Fulbright Scholarship in Singapore in 1968-69. In addition, he was a visiting professor at the Faculty of Dentistry at the University of Alexandria, Egypt, in 1979-80.

He edited and published the textbook “Fixed Prosthodontics” and lectured around the world for over 40 years. He was a vice-regent and regent in the International College of Dentists for 12 years.

Thayer was a charter member in Iowa City of St. Mark’s United Methodist Church and a 50-year plus member of Host Noon Lion’s Club. In retirement he and Nancy Delahooke Thayer ʼ52 took a number of volunteer-in-mission trips through the church, doing construction and dentistry.

He is survived by his wife, three sons, two daughters-in-law, and two grandchildren.