Early activism sets stage for career in the Foreign Service

Early activism sets stage for career in the Foreign Service 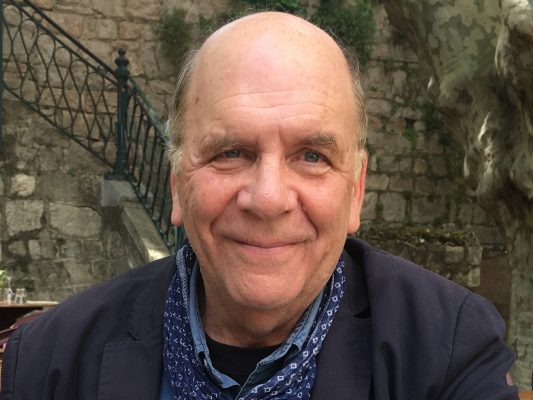 Craig Kuehl ՚66, a Cornell College graduate who double-majored in religion and speech and dramatic arts, hoped to inspire a movement when he turned in his draft card in the fall of 1967. While attending Union Theological Seminary (UTS) in New York, Kuehl became active in the anti-Vietnam War movement, primarily through a group called UTS Resistance.

As a group, they turned in their draft cards at the Federal Courthouse in New York City. They intentionally hoped to get drafted, giving them the chance to refuse induction. Two of the members did go to prison for refusing to serve, but Kuehl’s case never made it to court.

A year later, Kuehl decided to pursue a career in acting, which he continued until 1983, performing in regional, off- and off-off-Broadway productions, including a dozen or so shows at the Judson Poets Theater.

As a delegate at the 1993 World Conference on Human Rights in Vienna, he worked toward the goal of establishing a post of UN High Commissioner for Human Rights.

“Unfortunately, at the conference, this effort was thwarted by a coalition of developing countries, plus Russia and China,” Kuehl says. “When I returned to the U.S. Mission in New York after the conference, I was determined to revive this effort despite broad skepticism among the leadership at the State Department who had attended the conference. They felt that we should wait until tempers had cooled on the issue.”

His first task? To convince Ambassador Madeleine Albright that the issue needed to be pursued. He began canvassing like-minded counterparts from other countries and developed a plan that he presented to Ambassador Albright. She agreed to go to Washington with Kuehl to meet with the Department leadership, and together they persuaded Washington to go along with Kuehl’s plan. Kuehl set the plan in motion.

“After three months of frequently tense negotiations, we were able to pass a resolution in the UN General Assembly establishing the position of UN High Commissioner for Human Rights (HCHR),” Kuehl says. “When the first HCHR took office in 1994, there were fewer than 200 employees in the ’Human Rights Center’ in Geneva, and very few posted abroad. Today, the HCHR is a forceful advocate for victims of human rights around the globe and can count on 1,300 employees in Geneva and in regional and country offices abroad to provide information and work to report on and prevent abuses.”

Fighting against HIV and AIDS

As the U.S. Consul General in Durban, South Africa (1999-2002), Kuehl saw his mandate as two-fold: to prevent the closure of the consulate general by those who wanted to cut costs and to voice the U.S.’s support in combating HIV and AIDS in a region that was the global epicenter of the epidemic.

“The World AIDS Conference was held in Durban in 2000, and, along with distinguished U.S. government scientists from Washington, I was part of the U.S. presence on the scene, encouraging the Chairman [Professor Jerry Coovadia] to persevere despite deep antipathy to his science-based views in the South African Government,” Kuehl says. “The conference was a success and the U.S. leadership was widely recognized.”

When Kuehl left his post in 2002, the consulate general had nearly doubled its staff and moved to more secure offices in the heart of Durban.

Kuehl was given State Department Superior Honor Awards for each of these two achievements.  He worked in the U.S. Department of State beyond his official retirement (2008) until 2012.

“Freshman English Seminar with David Hesla, where we wrote weekly essays interpreting classic works of literature (from Sophocles to Joyce) in the light of Aristotle’s ’Poetics’.”

“For three years I was a member of the Men’s Honor Residence, aka Guild Hall. While I was officially enrolled in four courses a term, in fact, what I learned from the other members of Guild was worth at least three more credits per semester, in music, philosophy, or literature!”

“If you are looking for excellent instruction and regular interaction with highly qualified faculty, Cornell could be for you.”