Derek Brooks ՚03 breaks down the code to his personal growth. 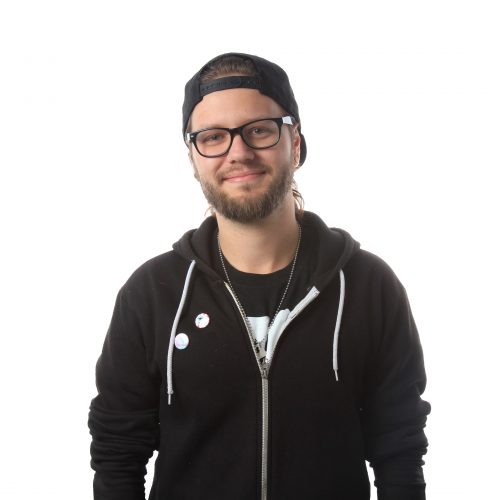 Brooks—along with Harper Reed ՚01 and a couple of colleagues—developed a software company called Modest. which was designed to take the friction out of purchasing products on mobile devices. Some might say that launching your own company is risky, but it seems to have paid off for Brooks.

Modest also caught the eye of PayPal, which ended up acquiring the company and all of its employees. Brooks eventually moved over to another PayPal company called Venmo, which allows users to send money and make purchases at approved merchants. He considers his current position similar to a “free agent,” where he tackles a feature or a project until it’s completed with intense focus for a few weeks. Sound familiar?

“I hadn’t really thought about it until now, but I love how that calls back to my Cornell days,” Brooks says.

Brooks has done it all in terms of the types of employers and environments he’s worked under—from his initial first job in corporate development, to a small web development company, to a San Francisco-based startup. Then he tackled the non-profit and political world by stepping outside of his comfort zone to take advantage of a unique opportunity—as the lead engineer of voter contact and protection at Obama for America—during President Obama’s 2012 re-election campaign. (Reed was chief technology officer on the 2012 Obama campaign.)

“I had a fairly unique experience of being able to touch a lot of different systems within the campaign,” Brooks says.

“I got in over my head, learned a ton, and am extremely proud of the things we built. I am also incredibly fortunate to have worked with such brilliant folks.”

He works remotely from Des Moines but travels to offices in New York, Chicago, and the California bay area. That’s a long way from building his first website in Professor Tony deLaubenfels’ Introduction to Web Development course.

“That website became a hobby, and that led to a business, and then to where I am today—still doing the same thing (at a bit of a higher level) and loving it,” Brooks says.
You can learn more about Brooks by following him on Twitter @broox or by perusing his current website.