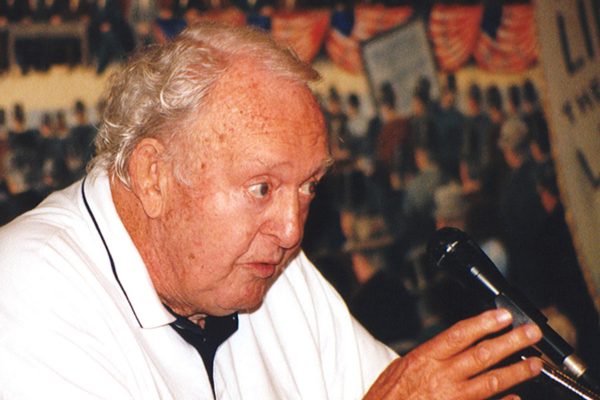 Partin was hired as head wrestling coach at the University of Nebraska in 1950. He coached the Cornhusker grapplers for four years before taking the head football and wrestling jobs at Knox College in Galesburg, Illinois, in 1954. Partin earned a master’s degree in school administration from Bradley University and served as director of physical education at Knox until his retirement in 1983. He also served as an alderman in Galesburg. Partin is a member of the NCAA Wrestling Hall of Fame, the Iowa Wrestling Hall of Fame, and the Athletic Hall of Fame at Cornell and Knox colleges.

He and his wife, Genevieve Callinan Partin ’48, lived in Florida for many years. He was living in Champaign, Illinois, at the time of his death. Partin is survived by his wife, a daughter, a son and daughter-in-law, and three grandsons.