Two of Cornell’s education faculty members are adding the finishing touches to a study that explores how a learning theory could be the missing piece to understanding how women advanced Enlightenment thought.

“In 18th-century France, certain men, known as philosophes, would share their great works, prior to publication, in the salon space to solicit feedback and support,” Heinrich said. “A modern equivalent might be a writer’s workshop. The works were eventually published and disseminated into the public sphere, and it was this body of work that greatly contributed to and advanced the Enlightenment cause. The women who hosted these salons were referred to as salonnieres.”

Heinrich says many historians have only recognized these women as high-society hostesses, but some researchers, including Heinrich and Bostwick, believe they played a much more important role. To better understand the nature of this role, the professors explored the memoirs and letters of the men who attended the salons.

“The references gleaned from the letters these philosophes left behind helped us to better understand the salon process,” Bostwick said. “They gave us a sense of how this process unfolded in the salon space and let us know we were on the right track.”

While other historians have studied this topic, Heinrich and Bostwick’s contribution is a unique angle that only an education professor might notice.

“At the beginning, Jill showed me a picture of a discussion at a salon, and I noticed it was circular. It wasn’t as if the philosophes were standing and lecturing,” Bostwick said. “It said to me: There’s something different going on here. Typically when you place people in a circle, it’s more conducive to dialogue, conversations, and questions in a formal, yet informal, context. What we, then, started looking at is–just like a classroom teacher–how does one manage the conversation when it’s free-flowing?”

These education professors looked at the practice of the women in the salons through a contemporary constructivist lens. While the term “constructivism” wouldn’t surface until centuries after the Enlightenment, Bostwick and Heinrich believe these women, similar to contemporary teachers, facilitated the flow of the salon discussions and enriched it by creating a place for civil conversation to occur. Bostwick has studied constructivism methods of teaching her entire career and says it’s all about engaging the students and getting them to think on their own in order to learn. 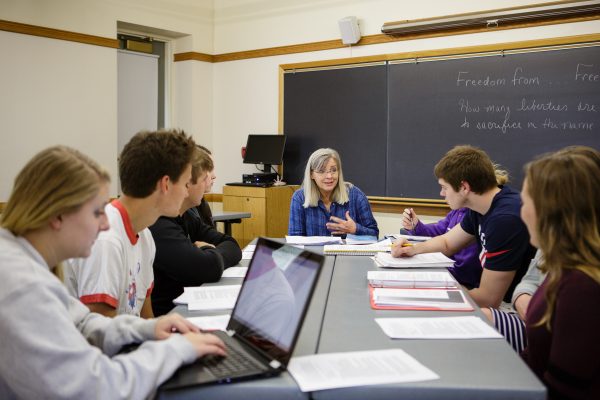 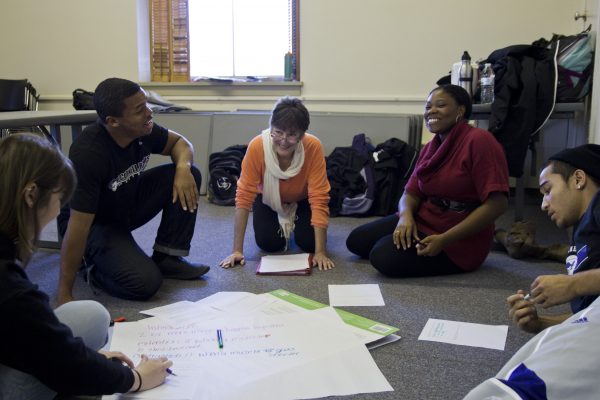 “The men in the salons, the philosophes, were asking questions and engaging in continuous conversation,” Bostwick said. “That process helped them to identify places where they could be more clear and flesh their ideas out.”

The two professors say this study was a labor of love. They enjoyed collaborating and learning something new, and they’re working to get their research published.

Heinrich and Bostwick say this interdisciplinary study, that mixes history and education, brings forth the importance of teaching in a way that puts ideas and students first.

“When someone does something so well, particularly like a social constructivist teacher, it’s not easy,” Heinrich said. “It takes incredible thought, planning, skill, and the realization that teaching is not about you, it’s really about your students and their learning process. The salonnieres understood that. ‘It’s not about me. I have this incredible genius in my midst. If I can bring it to fruition and make an impact, that’s an incredible legacy.’ As a teacher, if you can augment this discovery in your own students, that’s a pretty powerful thing.”

The education professors hope teachers who read their new research will see the importance of this style of teaching in the past and in the present.

“It’s thinking about–like the salonniere did–how do you manage the group, create the interest, bring new ideas to the floor for people to discuss and share?” Bostwick added. “Get away from the telling and lecturing.”

To learn more about this research, the education professors will be sharing their research during a HAIG lecture on Jan. 24 from 11:10 a.m. to noon in Hedges Conference Room, Thomas Commons. This event is free and open to the public.