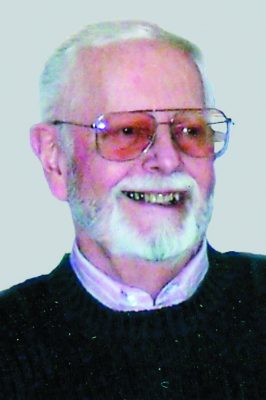 Artist and illustrator Hal Ashmead ’54 died March 1, 2018, in Albuquerque, New Mexico. He grew up in Massachusetts and came to Cornell to study art and theater. After service as a radio operator during the Korean War, he enrolled in the American Academy of Art in Chicago. Upon graduation, he headed to Los Angeles where he met and married his wife, Carolyn. He eventually got a job at CBS sketching high-profile trials, including the trial of Sirhan Sirhan who was convicted of assassinating Robert F. Kennedy in 1968. He was later a staff artist at the MGM Animation studio in Hollywood. He painted illustrations for live-action films, storyboards, and backgrounds for animation, including Dr. Seuss’ “How the Grinch Stole Christmas.”

The couple lived and worked in Connecticut for 18 years before retiring to New Mexico. During retirement, he began creating fine art pieces and developed a successful second career as a painter of western themes. His paintings hang in museums, corporate headquarters, and private collections.

He is survived by nieces and nephews.