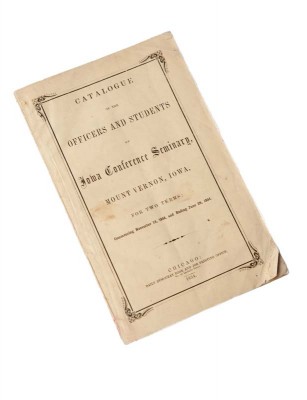 When Cornell was founded in 1853, it wasn’t Cornell yet. It was the brainchild of itinerant preacher George Bowman, and was founded as the Iowa Conference Seminary. Despite the name the school was more than a religious institution. The 1854 catalogue declared: “Those wishing to pursue a full course of liberal studies will be instructed in all the branches, Mathematical, Classical and Philosophical, usually pursued in the best schools.”